Okay, we’re not food critics, but Bill and I always have huge appetites! After reading New York Times’ review about Guy Fieri’s Restaurant, we had to go check it out and see if the food and drinks were that terrible. For the cost of both plates, we both didn’t think it was worth the triple $ sign. It’s food that can be expected to be served at Johnny Rocket, and we expected something more from a famous chef. But, don’t take our word for it.. if you’re in the city and have time, go check it out for yourself.

Bill had pulled BBQ pork with cole slaw and fries, and I had Chicken Ciabatta. Now, I’m a huge fan of Elvis Duran, and he kept mentioning the donkey sauce that’s in the sandwich, so hence, the chicken ciabatta. I’ll say that there wasn’t enough donkey sauce, and my chicken ciabatta tasted more like Chicken cutlet sandwich that I get from a deli. Yeah, we left feeling full and satisfied, but again, we were expecting something out of the world! But, we’ll probably be back to try other things.. but not for a while. 🙂

Oh, and I hate posing in front of any food plate, but Bill forced me too.. 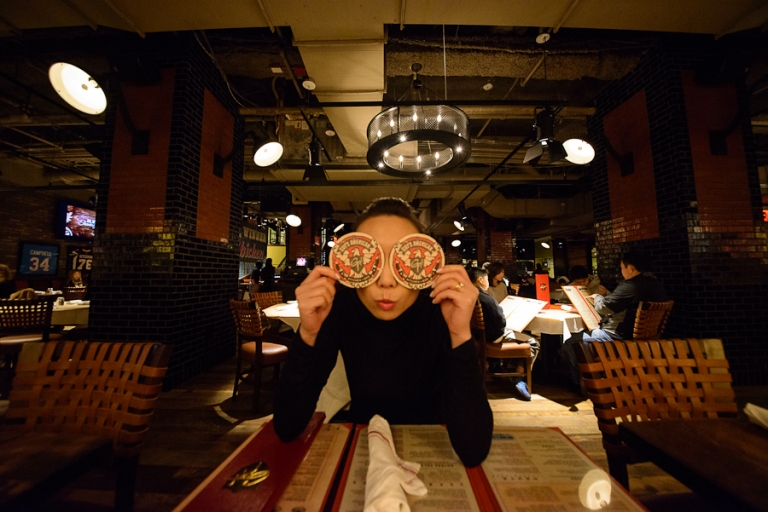 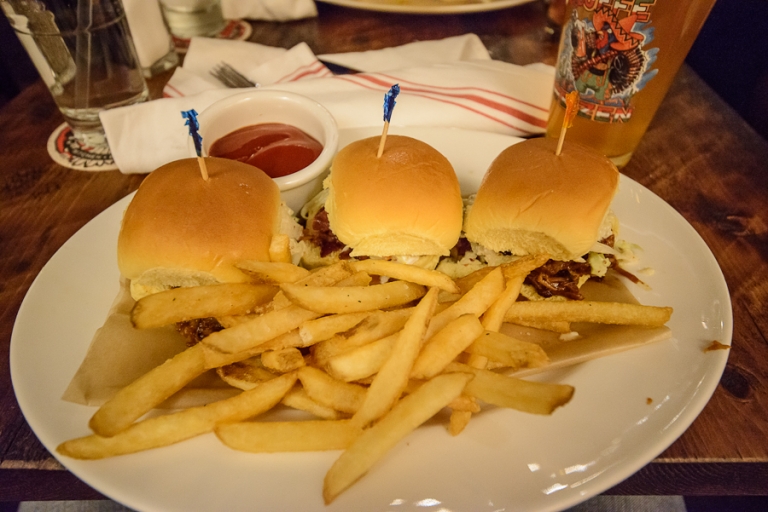 © 2021 Once Upon a HoneyB Photography